Sydney Metro tunnelling has finished under the city center in a historic milestone.

Four out of five mega tunnel boring machines are now finished work – all that remains is the completion of a second metro railway tunnel deep under Sydney Harbor.

More than 97 per cent of tunnelling is now complete.

TBM Mum Shirl was the fourth mega borer to finish work, breaking through a wall of rock at the new Barangaroo Station.

Since starting work at Marrickville in November 2018, Mum Shirl took about 14 months to build an 8.1-kilometre tunnel to Barangaroo, cutting through sandstone and shale to excavate more than 821,000 tons of rock - enough to fill 126 Olympic swimming pools.

About 29.5km of 31km of twin metro tunnels between Chatswood and Sydenham – or 97 per cent – are now complete with TBM Kathleen now digging under Sydney Harbor to finish her second under-harbor metro tunnel.

More than 8400 people have worked on the Sydney Metro tunnelling project between Chatswood and Sydenham, including under Sydney Harbor. The tunnelling works have employed about 560 tunnellers including carpenters, mechanical fitters, electricians and boilermakers.

At the site of the new Barangaroo Station, it took about two years to excavate about 460,000 tons of rock for the new station. 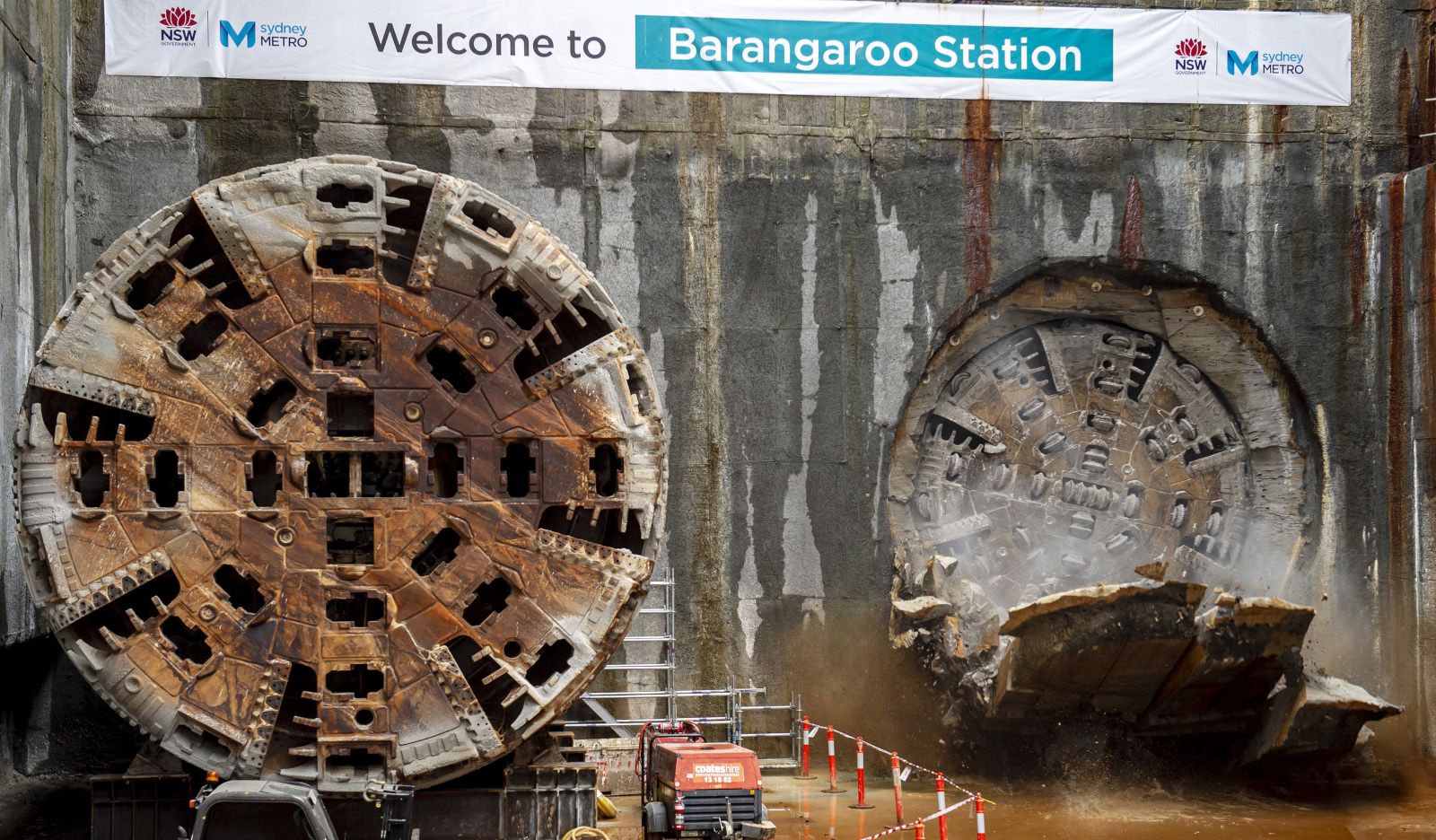